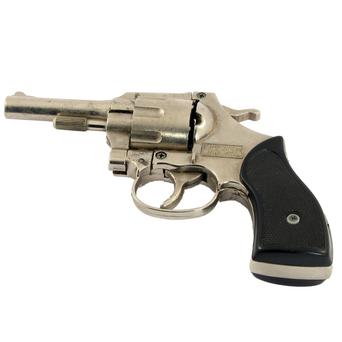 GUNS, RIGHTS, SAFETY & STIGMA: WHERE SHOULD WE STAND?

Under federal law, anyone with a history of involuntarily hospitalization for psychiatric reasons is permanently barred from possessing a gun. However, in September of 2016, the U.S. Circuit Court of Appeals for the Sixth Circuit ruled that the law in question was unconstitutional.

The case centered around Clifford Tyler, who, in 2011, was prevented from purchasing a gun after a background check revealed he had been committed to a psychiatric hospital twenty-five years earlier. How might this ruling potentially affect mental health professionals, and what role do we have to play in the latest gun law debates?

The subjects of gun control and gun violence remain some of the most contentious topics in the United States. Trying to balance the Second Amendment right to bear arms with the need for increased security in light of the ever-increasing incidents of gun violence can seem like an impossible task, especially with people so passionately aligned on one side of the argument or the other. Those in favor of tighter gun restrictions will point towards statistics and studies linking higher incidents of violence and harm to self or others with easier access to guns, while those opposed argue that besides a Second Amendment right to bear arms, easier access to guns would act as a deterrent to mass shootings and other gun related violence. As a mental health professional, it is interesting to note that complicating this argument (as is the case for most divisive issues) is the pre-existing human tendency for confirmation bias: the tendency to interpret new evidence as confirmation of one’s preexisting beliefs or theories. In other words, no matter how many studies or evidence one might provide for an opinion, the mind will selectively choose data that is already in line with what one holds to be true, and filter out any “noise” in the form of data that is contrary to the already held belief.

That being said, a major requirement for any mental health professional to be effective is the capacity to collaboratively tackle an issue by considering an argument both for and against it through empathy, respect, and a genuine consideration of the opposing points of view. And perhaps with this in mind this latest ruling is likely to cause ambivalence in the psychiatric community, as discussed in an excellent article by Dr. Paul Appelbaum, a former President of the APA & the Elizabeth K. Dollard Professor of Psychiatry, Medicine, and Law at Columbia University.

As he points out in the article, on the one hand mental health professionals and organizations predominantly favor tighter gun restrictions, but on the other hand they also actively favor combating stigmatization of mental health patients. These two goals may seem at odds with each other when considering restoring gun rights to patients with a history of mental health issues.

Another likely cause for ambivalence, according to Dr. Applebaum, is that any demand for psychiatrists and psychologists to become involved in determining when it is safe to restore access to firearms has implications for liability, adverse publicity and even sanctions should an incorrect determination be made.

So how involved should we be? Dr. Maria Oquendo, current President of the APA, argues psychiatrists should take action. As she points out, even though guns kill people in mass shootings and homicide, the majority of people killed by guns are in fact killed by suicide. She argues a key step in advocating for gun safety is making sure firearms are kept safe and secure, and that the laws so far have been lacking in efficacy. She also brings attention to the fact that Florida currently forbids physicians from having general conversations counselling patients about gun ownership, and 10 other states are introducing legislation to restrict a doctor’s ability to counsel a patient about gun safety, although she does point out there is no law preventing a doctor from asking about gun ownership if it is relevant to the safety of the patient or others.

Which brings us back to the case at hand. Briefly, part of the argument in favor of restoring gun rights in this case was trying to establish risk for someone who had a single psychiatric admission twenty-five years ago. Mental health professionals base risk assessments on specific risk factors, which, in the case of suicide, include things such as previous attempts, recent loss, family history and easy access to lethal means. Whereas limiting access to firearms would limit a specific risk factor (i.e. lethal means), the risk assessment is done on a case by case basis, takes diagnosis and multiple other factors into account, and is also time limited (as it is impossible to definitively predict another person’s behavior). This is in contrast to laws on access to firearms that tend to lump people into much larger groups (legally termed “classes”) who might be at a higher risk to use guns illegally. These include convicted felons, fugitives from justice, and most relevant to this case: people who are “adjudicated as a mental defective or committed to a mental institution”. And while it is true there may be an increased risk of using a gun to harm oneself or others based on our previously discussed risk factors, the risk is by no means universal, and it decreases with time.

With that in mind, one could argue placing a lifetime ban on someone who had been admitted involuntarily to a psychiatric facility regardless of why or how long ago seems excessive, especially as the thresholds for admission have become increasingly lower.

Finally, there is the issue of stigma. A huge stigma is already associated with mental illness and people are loath to disclose such information for fear of anything from social repercussions to loss of potential job prospects. The Psychiatric Times reported in an article in December of 2016 that the AMA is pushing for State Medical Boards to stop asking applicants for licensure about a history of mental illness and focus only on current impairment by mental health and addiction. This is welcome news, especially for those who want to seek help for mental health issues but are afraid of the consequences.

The debate will rage on about gun control laws, but it is our duty as psychiatrists to stay informed, considerate and proactive. While there is a very clear & urgent need for better gun laws, we must also be mindful of how these laws are implemented and how effective they may be while simultaneously preserving the rights of our patients and combating stigma.

On Feb 16, 2017 the United States Circuit Court of Appeals for the 11th Circuit concluded that doctors could not be threatened with losing their license for asking a patient if they owned guns and for discussing gun safety, because doing so would be a violation of their First Amendment right to freedom of speech. This overturns the previously mentioned 2011 law that prevented doctors in Florida from talking to their patients about gun laws.